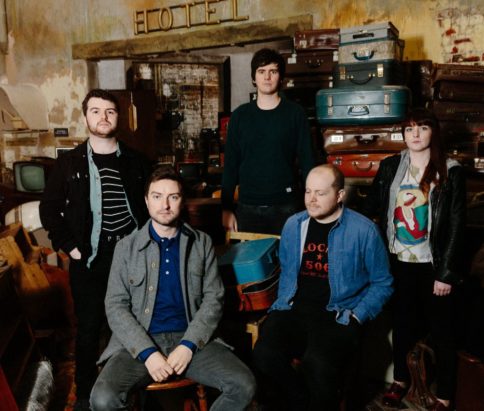 Admiral Fallow (Louis Abbott, Kevin Brolly, Phil Hague, Sarah Hayes and Joe Rattray) released their much beloved debut album, Boots Met My Face, in 2011 and its widely acclaimed successor, Tree Bursts In Snow, the following year. Their extraordinary third record, Tiny Rewards, was released in 2015. Heartbreakingly beautiful, sonically audacious and lyrically bewitching, it heralded a true progression in their creative approach. Over their 13 years together, the band have taken their music around the world, touring the UK, Europe, North America and Australia. A group of versatile musicians all uniquely in demand for their skills, individual band members also find the time to tour and record with renowned artists such as Kris Drever, Emma Pollock, Field Music, King Creosote, Karine Polwart and many others. 2019 saw Admiral Fallow back in the studio to create their much-anticipated fourth record with producer Paul Savage (Mogwai, Arab Strap, Deacon Blue) at the helm. They make a triumphant return to the live circuit with a brace of new songs alongside beautifully diverse favourites from across their three albums.