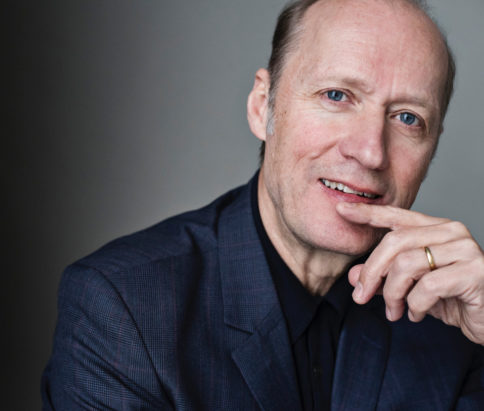 An Audience with Adrian Edmondson

They’ve asked me to write a short biog to go here. But that’s what my little talk is about. So, without giving too much away: I’m that bloke off the telly – the spiky, orange-haired punk in The Young Ones; the bald, violent one in Bottom. More recently I’ve been in War & Peace; Back to Life; Save Me; Eastenders; and even Star Wars (the 8th one that everyone moaned about).

I’ve been in bands: Bad News; The Bonzo Dog Doo Dah Band; and The Bad Shepherds (we played here at this very festival not so long ago). I’ve performed in lots of plays, I’ve written novels, and films, and TV shows, and children’s books, and narrated a lot of the Dr Seuss catalogue. I’m the voice of the sausage dog in the Vitality adverts, and yet I’ve also performed with the Royal Shakespeare Company (how very la-di-dah).

But none of this describes who I am. They’re just things I’ve done.

During lockdown I wrote some autobiographical pieces, more to make sense of my own life than anything else. I recorded ten of them for the Radio 3 programme The Essay. They touch on everything above, but they’re centred around things that have deeper meaning for me: smoking, liver and onions, being nuts, money and fame and fans, my stupid name, following the route of the Jacobite Rebellion, and dancing to Sugar Sugar by The Archies.

This is who I really am.