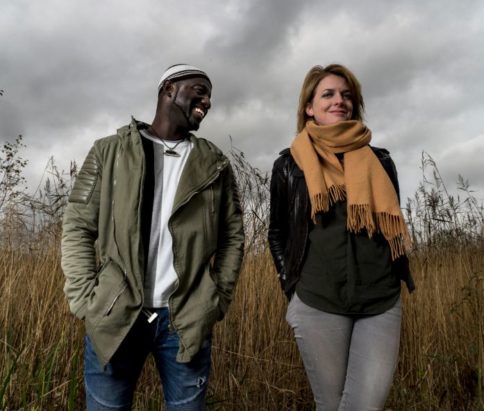 Following a chance collaboration in 2012, Welsh harpist Catrin Finch and Senegalese Kora virtuoso Seckou Keita, have been creating music that not only champions these exquisite instruments, but blends elements of new and old music from the Western Classical, Celtic and Senegalese song traditions; revealing a striking common thread between different cultures and times. The harp occupies a vital place in the incredibly rich cultures of both West Africa and Wales, and both nations share a centuries-old bardic tradition of intricate oral history, expressed through music, song and verse. Following unanimous critical raves for their 2013 debut Clychau Dibon, their second album 2018’s album SOAR, was again charting inspirational common ground between seemingly disparate traditions. Their live performances have garnered 5* reviews from both the Guardian and prompted Songlines Magazine to describe them as “…one of the most popular world music acts of the decade”. SOAR went on to win the prestigious fRoots Critics Poll Album of The Year 2018, Best Fusion Album in the Songlines Music Awards 2019. The album was nominated for ‘Album of the Year’ at the BBC Radio 2 Folk Awards 2019, where Catrin and Seckou also won ‘Best Group/Duo’ and Seckou was named ‘Musician of The Year’.