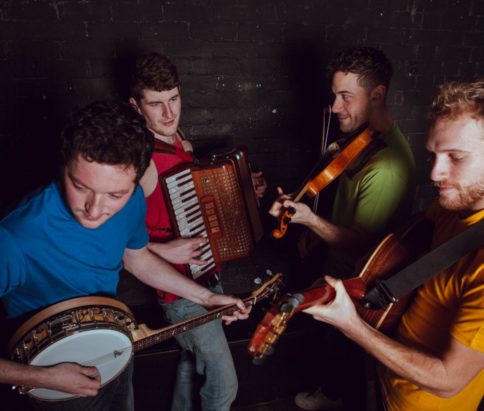 Dallahan is one of the most distinct forces in the international folk music scene. Forged in Scotland’s traditional music community, but drawing on the traditional music styles of the Balkans and North America, they create an original and seamless musical montage. Dallahan take their listeners on a journey, traversing styles and countries of the world in a dazzling live show, creating their own unique brand of World-folk delivered with stunning virtuosity. Since the bands formation in 2013, they have toured extensively in Europe, North America and even represented Britain at the bicentenary British/Nepalese celebrations in Kathmandu and have enjoyed such varied on-stage collaborations as with The Royal Scottish National Orchestra, songwriting legend Dougie Maclean, and Nepal’s traditional music exponents Kutumba. They have a plethora of awards and nominations under their belt, twice shortlisted for ‘Album of the Year’, twice nominated for ‘Folk Band of The Year’’, and with numerous awards in America and Europe.