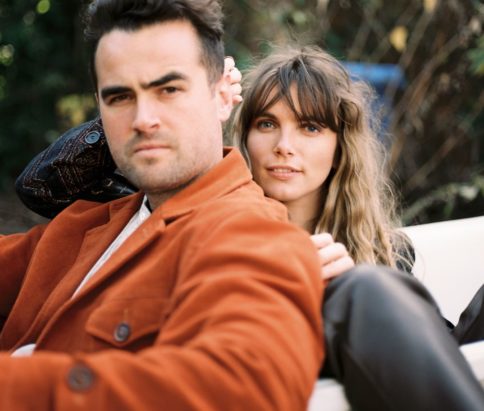 Ferris & Sylvester are songwriters, their live sound a distinct combination of Americana, blues and rock n roll. With clear references in their catchy setup to the mid-60s sounds of Greenwich Village combined with their meatier blues tones, the duo sit somewhere between Jack White and First Aid Kit. They won Emerging Artist of the Year at the UK Americana Awards 2020, whilst were also nominated for Song of the Year. They have been described as “A masterpiece of Brit Folk” by MOJO, the “Alt Simon & Garfunkel” by The Guardian and as “Rage ridden brilliance” by BBC Introducing. The pair met five years ago in London and released their debut in 2018, which they recorded and self-produced in their South London flat. The duo have since released a collection of more expansive singles and their eyes are not fixed on their debut album, which promises to expand their sound into deeper and darker places.