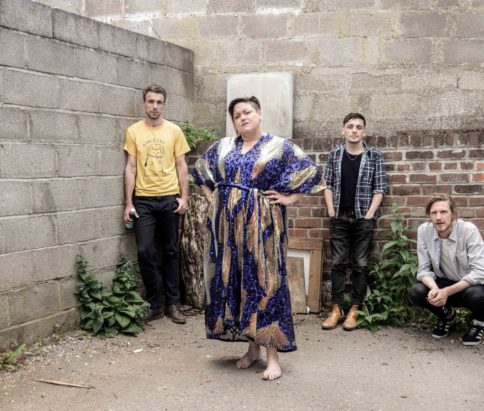 Hannah Williams & the Affirmations are darlings of the international soul scene, who have drawn praise from Craig Charles and the late greats Sharon Jones and Charles Bradley. A Jay Z sample of their first album’s title track, Late Nights and Heartbreak led to worldwide touring, including highlights at Montreal Jazz Festival, North Sea Jazz and Blue Note Tokyo. Then, multiple TV synchs for their second album’s title track, 50 Foot Woman, paved the way for the upcoming third album. However the release campaign was truncated by the pandemic, putting a screeching halt to a worldwide tour which included, a spotlight slot at SXSW and return visits to Tokyo, Paris and New York. Rough times. With no gigs on the horizon Hannah decided it would be fun to take on The Voice UK, opening the season with an electrifying performance. Hannah blew the minds of pundits across the country and made it through to the final gaining huge exposure. So, with unfathomably positive energy and their fire burning ever-bright, Hannah Williams & the Affirmations have been working hard and now have a deluge of new material. One listen will tell you all you need to know about their future.