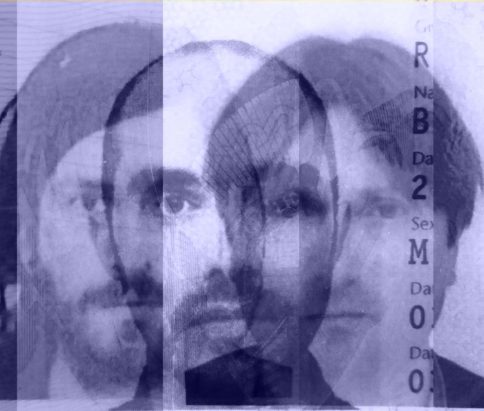 Land Yacht Regatta (or LYR for short) thrive on the unexpected. As a genre-splicing supergroup of sorts, comprised of author and current British poet laureate Simon Armitage, musician Richard Walters and multi-instrumentalist Patrick Pearson, the band is a nexus of diverse creative disciplines and one of the most thrilling musical prospects of 2020. LYR’s commitment to unforeseen combinations even extends to the band’s name itself. “There shouldn’t really be a land yacht regatta!” admits Armitage. “But I liked the idea of something that’s a hybrid. It’s like a 3-way contradiction. We were doing something that’s unusual and perhaps even impossible.” The origins of LYR stretch back to 2009 when Walters, a big fan of Armitage’s work, approached the poet’s publisher about the possibility of collaboration. The band’s debut album ‘Call In The Crash Team’ is an easy-to-love midpoint between poetic spoken passages, soaring vocal melodies, and instrumentation which gleams like a rough-cut jewel. Breaking barriers and building unexpected bridges between different worlds is embedded in the core of LYR — and is a galvanising philosophy for the band as they prepare to unveil their music to their world. “I think it’s open-ended as to what we can do,” says Pearson, “There’s no set of rules”.