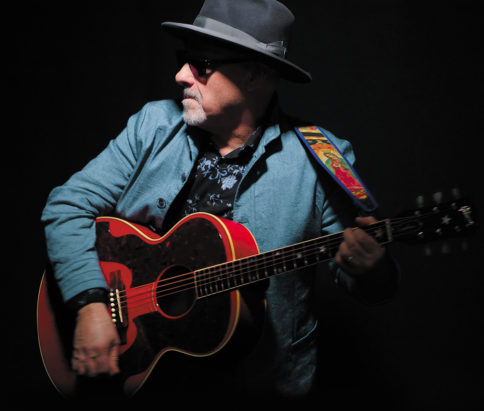 The BBC documentary about Paul Carrack’s life and times was called ‘The Man With The Golden Voice’ with good reason. Britain’s best blue-eyed soul singer has been creator and interpreter of songs that are part of pop history. Touring since the age of 17, the Sheffield-born Carrack wrote and sang ‘How Long,’ the much-covered 1974 classic from his days with Ace, and was the voice of ‘Tempted,’ from his tenure with Squeeze. Then came such hits with Mike + the Mechanics as ‘The Living Years’ and ‘Over My Shoulder,’ the latter a co-write with Mike Rutherford. His solo catalogue boasts much-loved signature songs such as ‘Satisfy My Soul,’ ‘Eyes Of Blue,’ ‘Good Feelin’ About It’ and ‘That’s All That Matters To Me.’ ‘Love Will Keep Us Alive’ (co-written with Jim Capaldi and Peter Vale) was covered by the Eagles and won an ASCAP Award as Song of the Year, and Carrack’s collaboration with Nick Lowe, ‘Battlefield,’ was recorded by Diana Ross. As an in-demand team player on record and stage, his credits included The Smiths, Roxy Music, B.B. King, Eric Clapton and many more.