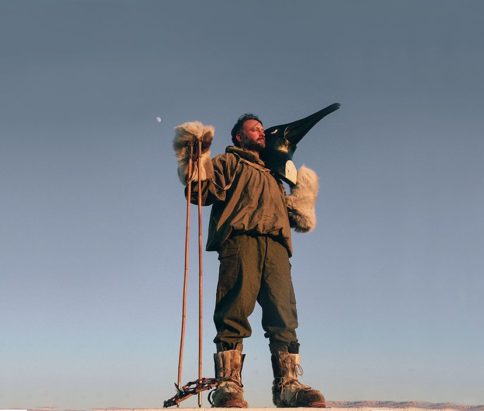 Originally brought together by Arthur to keep alive the music of his late father, Simon Jeffes of the iconic Penguin Cafe Orchestra, Penguin Cafe are a new and hugely talented generation of the Penguin collective. They have gone on to release four original and critically acclaimed albums; A Matter of Life… in 2011, The Red Book in 2014, The Imperfect Sea 2017 and Handfuls of Night in 2019. Before settling down to make music, musician, composer and producer Arthur, dabbled in Arctic exploring, which became the starting point for him to become a composer in his own right, as the prolonged periods of icy silence inspired original compositions. This year sees the Penguins return to international touring, beginning with a much-awaited show at London’s Barbican, and the special anniversary re-release of their first Penguin Cafe album, A Matter of Life…  Arthur has also been working with Greenpeace and Aardman Animations, composing the soundtrack for a special film, Turtles Journey, released earlier this year to high acclaim, promoting the campaign, Protect the Ocean. The film also won the Jury Prize in the Commissioned Film category at the Annecy Festival 2020. His work with Greenpeace continues.