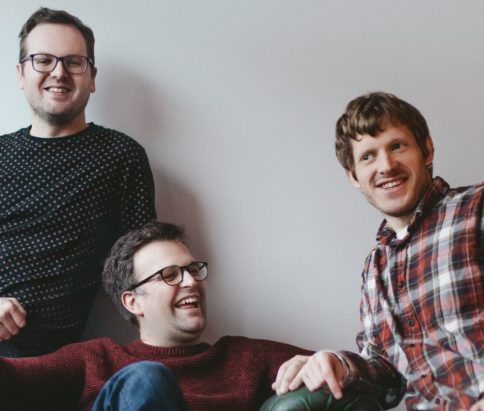 The Young’uns’ live shows are renowned roller coaster rides. With heart-on-the-sleeve storytelling, beautiful lyrics, warm harmonies and relentless repartee, Sean Cooney, Michael Hughes and David Eagle, the award-winning stand-up comedian, write and sing folk songs for today. They have led the band to three BBC Radio 2 Folk Awards, including Best Album in 2018 for Strangers, and the creation of the acclaimed international theatre show The Ballad of Johnny Longstaff, based upon their 2019 album of the same name. Born from empathy, crafted with care, fired by hope, and shared with joy, The Young’uns’ songs have been described by The Scotsman “a heartfelt secular hymnary for these troubled times and a rallying call for humanity”. Nearly twenty years after accidentally stumbling into the alien world of their local folk club as drunken teenagers, and gaining their cureless name in the process, these three thirtysomething friends from Stockton and Hartlepool have never lost the joy of that first night of singing together. Whether performing in front of 5,000 people at Glastonbury Festival, writing a song about pigs with a group of school children, or presenting a programme on BBC Radio 4, Sean Cooney, Michael Hughes and David Eagle are just the same.